Our markets are “producer only” meaning that the vendor must be the grower or producer of ALL the products they sell. Our members must produce within a 125 mile radius of Loudoun County. Our markets also host cooking demonstrations and family friendly activities. These programs are free and open to the public. Sign up for the newsletter so you can find out more!

An event every day that begins at 6:00 am, happening 2 times 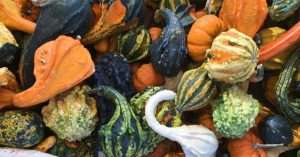 Save the date! The Loudoun Fall Farm Tour is back for another year, with the opportunity to take a self-guided tour of dozens of local farms. Mark your calendars and check back for more information soon.

LIVE MUSIC at Virts Family Farms October 20th! Stoney Creek Bluegrass Band will be playing at our market from 1-4PM! ... Family games, ice cream, snacks available in our market! Stoney Creek has been praised as "Mainstream Bluegrass at its Best" by Bluegrass Unlimited Magazine. The band was named "West Virginia's Classic Bluegrass Band" by Around the Panhandle Magazine. Frank Jurney of the Berryville Bluegrass Series has noted that "Libby Files is among the rising number of female vocalists who are making a big impact on bluegrass music.